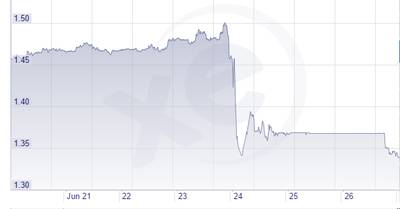 What does Brexit mean for us?

Simpro does business in both the United Kingdom and Europe, so this interesting event will have some effect on our operations. But the short answer is, not a lot.

The most immediate result has been a drop in the value of the pound, which makes imported products more expensive in the UK. However, much of this drop is due to uncertainty and surprise in the markets, not to economic fundamentals. Over the next few months the pound will return to a value more in line with a rational analysis of long-term economic prospects.

We do not expect Brexit to trigger recession or major economic dislocation. Down under our economies have thrived without belonging to a giant homogenised trade bloc, so it seems unlikely the European project really is essential to economic success. Indeed, the more dirigiste tendencies of the EU have probably hindered growth in the UK, conflicting as they do with the common law principles that have underpinned economic progress in many other countries.

On the other hand, there will be some negative impact on British-EU trade, but this is difficult to quantify at this early stage. Barring an actual trade war, it is unlikely to have much knock on effect on the rest of the world.

We do expect a UK-NZ free trade agreement to be signed fairly quickly as the British government seeks to reduce reliance on Europe. New Zealand has been attempting to negotiate an FTA with the EU, but a quality deal was unlikely because powerful EU lobbies – particularly in France – will not grant competitive access to New Zealand’s brutally efficient farming industry. Dealing with the UK alone, this issue is absent.

In summary: for New Zealand and Australian business, Brexit will have a limited impact, but we think it offers more opportunities than threats.